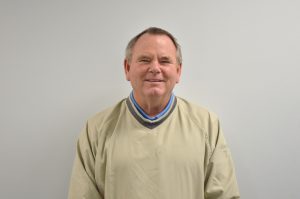 Born in California, Brian’s family moved to the Washington, D.C. area in 1963 where he attended school in Montgomery County, Maryland. He received an Associate of Arts degree from Montgomery College in 1973 then transferred to the University of Maryland. While attending UM, Brian joined Palmer Brothers Painting in 1973 as a painter and rose through the ranks becoming President in 1982. Since that time, his focus has been on client relations and business development. With his visionary expertise, the company has grown into a 15 million dollar entity.

In 1986, he joined a venture to open the first Regal Paint store featuring Benjamin Moore paint products. Today, there are ten Regal Paint stores in the Washington, D.C. Metropolitan region. On behalf of Palmer Brothers, Brian has donated time and funds to countless organizations including the Art Monk/Charles Mann Good Samaritan Foundation, Christmas in April, Ghana Paint Support, and the Avon Walk 4 Cancer to name a few. Brian lives in Rockville, Maryland with his wife of 32 years and six children, three of whom attend Virginia Tech.